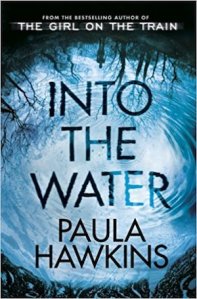 Nel Abbott was fascinated by the river in Beckford, a small British town, and especially by the Drowning Pool: a place of dark and light, where teenagers came to swim, to jump off the steep cliff into the pool but also known as a suicide spot. When Nel is found dead in the pool, the assumption is that she committed suicide.

But her estranged sister, Jules, does not believe it. Nel was not the sort of person who would kill herself. Was her death linked in some way to the book she was writing about the women who had lost their lives there, including Katie, her daughter Lena’s best friend? And why was Nel obsessed with Libby Seeton, a young woman drowned at the pool for being a witch? Was she right in thinking Beckford was “a place to get rid of troublesome women”?  There is after all, a fair bit of misogyny lurking beneath the surface, both in the town’s present and its past. “People turned a blind eye, though, didn’t they? No one liked to think about the fact that the water in that river was infected with the blood and bile of persecuted women, unhappy women; they drank it every day.”

The story is from the points of view of eleven of the characters—Jules, Lena, Sean and Erin, the detectives on the case, Katie’s mother, to name a few—sometimes in third person, sometimes in first. What I enjoy about this device is that you get the same incident from more than one perspective, or one characters picks up the narrative from another and takes it further.

Like Paula Hawkins’s earlier book, The Girl on the Train, there are no really likeable characters here. But they are interesting because they all conceal secrets, which makes them somewhat unreliable as narrators.

This is a good thriller. Hawkins is skilful at building up the picture from fragments of stories. And the reveals at the end just keep coming! I think The Girl on the Train was better—this book is a little less unusual but will still keep you turning the pages.

Her dedication says it all: “For all the troublemakers”.