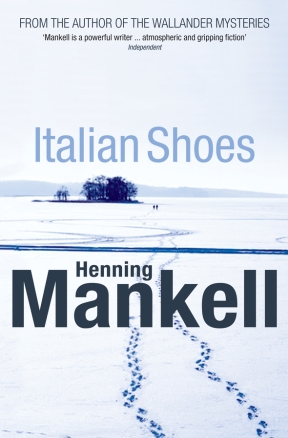 Translated from Swedish by Laurie Thompson

We find an aging man, living by himself on a Swedish island, where he has been in solitude since his retirement 12 years back. Once, he made a mistake he regrets so badly he has left everything to stay by himself with only a cat and a dog for company.

His world is suddenly disrupted when Harriet, his first and only love, who is suffering from a deadly illness, comes to see him to claim a promise he made before he left her; that he would take her to a pool in the forest he visited as a child.

For the first time in many years, Frederick is forced not only to think about the past, but also to confront it in flesh and blood, and by that, also to change his situation, and shape a different future.

Frederick is not able to understand why he left Harriet, nor is she. Indeed, there are a number of things about himself and the choices he has made in life that he is not able to comprehend, and he must realise that he has not always been a good person. He cannot make up for everything that has been lost, but he can try to fulfill his promise.

Throughout the book, the reader gets to know more and more why Frederick has decided to abandon everything to live on an island. A journey which takes the reader through a number of encounters; Italian shoemakers living in the forest, girls who have fled war but are unable to escape conflicts which continue inside themselves, athletes who lost everything, and professional postcard writers.

Sometimes Mankell’s stories are so farfetched they become difficult to relate to, but every story also has a purpose. As in his other books, Mankell wants his readers to be reminded of those who are worse off, including those who live far away, to be made uncomfortable by the large inequalities that exist in the world today.

Italian Shoes is a book about getting old, loneliness, and how our life choices affect us. It makes us consider what is really important. Despite the many opportunities to change his life journey, for our hero, doing so seems very hard. This is the situation for many people, and should remind us to reflect about our situation – time passes fast and at certain point things can no longer be done, or undone, depending on the situation.

Despite the difficult themes, the book is beautiful, almost poetic. Mankell’s language, and the way he depicts Frederick and his emotional journey, makes this a book that should be prioritised.